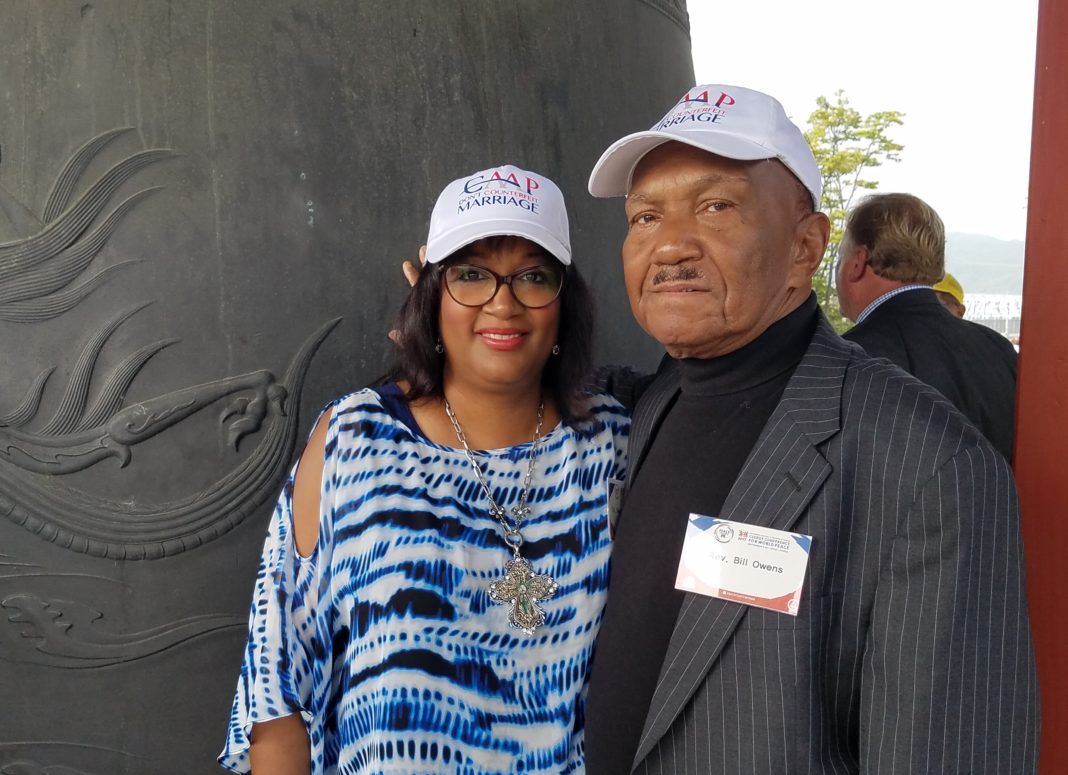 I write to you today, not as a stranger from another country … and most certainly not as an enemy, but as someone who has devoted my life to recognizing the natural rights of men.

I was born in Tennessee at a time when a black man was thought to have little chance to succeed in life. Not only did I defy those odds, I helped remake them.

As a college student, I became an active part of America’s great Civil Rights movement. I marched with leaders like Dr. Martin Luther King, Jr., and embraced the credo that would define my calling for the rest of my life: that we are all equal in dignity and worth in the eyes of God … and that we must fight to ensure that equality is respected by our fellow men.

Over the years, I have seen so much division and hate rise up against this simple truth. With the tools of power and government, it is possible to create division among people based on religion, race, creed, sex, nationality and more. We have seen great inhumanity and great suffering caused by such intolerance and fear.

But we do not need to continue in this way.

Right now, this peace is being threatened. The threat to use nuclear weapons against peaceful people is an act of great evil. But there is another evil that I want to address as well.

I am writing to call upon you, Chairman Kim Jong-un, to recognize the dignity and freedom that belong to your people by natural law. And to eliminate the government structures that prevent them from expressing those rights granted them by God.

The people of your country should be free to practice their faith, travel, work, raise their families and live without fear. They should be able to speak freely — yes, even in criticism of the government, because no country can call itself great that rules in oppression and silences all dissent.

Notice that I do not ask you to grant these freedoms to your citizens, but only to recognize them. That is because it is not in your power to grant them. They belong to the people of North Korea (and to every man, woman, and child on this Earth) by the grace of God and our shared humanity. They are not rights granted by the government, but are given to us by our Creator. And while unjust men may jail, oppress and kill those who choose to exercise these human rights, they have no power to unmake the rights themselves.

To the people of North Korea, I only say that there is hope. Your suffering has not gone unmarked, your enforced silence does not mean that there is no one to speak for you. Throughout the United States (and the whole world), there are millions who are praying for your freedom. We know that you have been deprived of the most basic human rights, and we want nothing more than to see liberty and justice take root in your country.

As eloquently written by my Civil Rights leader, Dr. Martin Luther King, Jr.: “Injustice anywhere is a threat to justice everywhere. We are caught in an inescapable network of mutuality, tied in a single garment of destiny. Whatever affects one directly, affects all indirectly.” (Letter From Birmingham Jail, April 16, 1963).

Too many generations have lived and died under the oppressive boot of a government that is notorious for its treatment of dissidents and political prisoners. Kim Jong-un, it is time to allow your people to breathe the sweet air of freedom. Close the political prisons and labor camps. End the reign of fear and collective punishment. Bring God, love and hope into your nation. Only then will you deserve to be called “leader.”