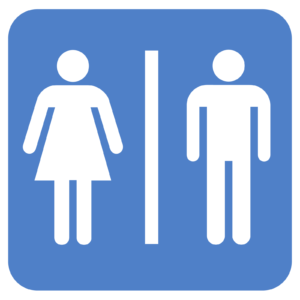 In a strange way, things have come full circle.

You might remember that CAAP was one of the first organizations to fight back against the push for transgender bathrooms. That started in Houston, where the Mayor’s enthusiasm for allowing men in women’s bathrooms led her to violate the religious freedom and free speech of local pastors who opposed the measure.

Now the issue has returned to Texas, but in a very different way. Tomorrow, the Texas Senate State Affairs Committee will hold a hearing on SB 6, a bill that would prevent men (no matter their “gender identity”) from entering public women’s bathrooms, showers, or locker rooms.

The bill has the support of the Lt. Governor, but it’s also getting Texas some of the same cultural and corporate bullying we saw when North Carolina passed a similar bill. The NFL has threatened the state, saying they won’t hold any more Super Bowls in Texas if the bill passes.

So far, Texas seems unimpressed by those tactics, but we still need to reach out to Texas legislators and let them know that people support this bill.

If you are from Texas, you can email or call these state Senators and tell them what you think about the bathroom bill:

You can also contact the Democrats on the committee:

If you’re not from Texas, please forward the message to any family or friends you might have there and let them know how important it is to act on this issue!

This is not just about who gets to use what bathroom. Nor is it only about preserving the safety and privacy of women and girls. (Though that is very important.) This is about drawing a line and saying, “We will not be bullied or let our values be sacrificed to advance the LGBT agenda.”

We know from experience that it never stops at just the bathroom (or marriage, etc). The next step is targeted Christians and Christian organizations and trying to force them to comply in violation of their faith.

We won’t allow it. CAAP will be working hard to defend religious freedom and keep the LGBT agenda out of the ladies room.