Home Article As a wife and mother, I’m both proud and concerned about what... 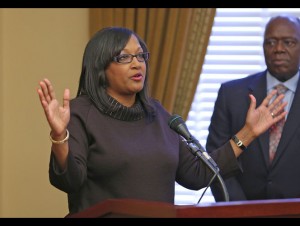 It is a difficult thing to raise a family in our modern culture and protect the innocence of your children.

Part of that comes from the perpetual media and cultural blitz that spreads leftist ideology and doesn’t shrink from sexualizing young children. As a Christian, I do what I can to counter that message, but my concerns persist. When we’re attacked on all sides, it can be discouraging. Especially knowing that the LGBTQ extremists are pushing to indoctrinate our kids.

Take, for example, the “Day of Silence”. Sponsored by GLSEN (an LGBTQ advocacy group), it’s yet another example of the current trend of injecting politics into our schools and attempting to push an LGBTQ agenda on children. Worse still, it puts those values ahead of education and distorts the cause of civil rights to spread acceptance of everything from transgender prom kings/queens to “Two Daddies/Mommies” books for beginning readers.

Disguised as an anti-bullying campaign, the Day of Silence is just one more way that the LGBTQ activists are trying to normalize their lifestyle and create acceptance of their agenda … even for the youngest students.

Events like the Day of Silence make it more important than ever that we put people who respect religious liberty and parents’ rights into positions of power and influence. That’s why the confirmation of Justice Gorsuch was so important.

Fortunately, we won that round. I’m thrilled to say that CAAP was part of that important victory. For everyone who sent a letter to their Senators on this issue–please know that you played an important role in getting Justice Gorsuch on the Supreme Court. And when the Court next handles a case about religious liberty, you will be glad that you let your voice be heard.

As a wife and mother, I have to believe that we can make this country great again. Fortunately, for every item of concern, there is also something that gives me hope. Like the day that I watched my husband honored by the Tennessee Legislature for his many years of service.

For me, seeing Bill and his work with CAAP commended in this way was a deeply emotional moment. I have seen firsthand the courage it has taken him, but he has never wavered in his commitment to telling uncomfortable truths. (It is not always easy to be the “truth-teller” of our day.) Though we don’t do this work for the sake of recognition, it is still wonderful to see that all the sacrifices he has made (and which we have made as a family) are appreciated.

And in the same way, I want to let you know how thankful we are to have such committed and generous partners. There is still much work to be done, but I have every confidence that CAAP will continue to accomplish great things.

For faith, family, and justice,