Home Article African American Leaders Are Selling Us Out Over Immigration 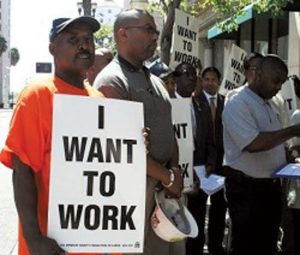 About 20 years ago, I warned conservative leaders that two of the biggest political issues of the future would be immigration and race relations.

What I never expected was to see a political party sell out black voters in a desperate grab for permanent power … and all over an immigration policy that raises the interests of undocumented workers over those of black Americans.

Part of the problem with studying the effect of illegal immigration comes from the fact that no one can say with total certainty just how many illegal immigrants are now in our country. On top of that, acknowledging the effect of these immigrants on the economy and joblessness has incited such a political firestorm that it’s difficult to get people to deal with the issue honestly.

Time for some truth: the United States Commission on Civil Rights reports that immigration has had a negative effect on black employment. Though experts disagree on how severe that effect is, it’s important to note that the unemployment rate for African Americans is about twice that of whites and still significantly higher than that of Hispanics. Some suggest that the unemployment rate for blacks is worse than that of illegal immigrants.

In short, the flood of illegal immigration has been more damaging to the black community and black family than any other group.

And what are our so-called “civil rights” leaders doing in response? Embracing immigration-without-limits as a civil rights issue.

Rather than help struggling African American communities, Democrats are proving once again that their interest in black issues ends at the ballot box. And professional “civil rights” activists have put the interests of illegal immigrants ahead of African Americans by stubbornly opposing any attempt to reform this broken system.

If we are to rebuild the black family, we must look at the economic difficulties that beset the black community. And that means it is time to pass an immigration reform bill that will help African-Americans get jobs to feed their children and improve their lives. This is the civil rights issue that black leaders should be focusing on–not fostering more division or following the instructions of Democratic strategists.

It’s just another example of a Democrat policy that will ultimately hurt African Americans. This time, however, we know what’s happening and we’re ready to tell Congress (and the entire nation) that we must save our inner cities by stopping the flow of illegal immigration.