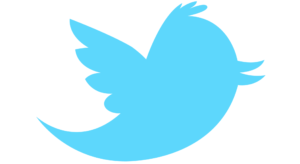 The people have spoken and made their wishes known. We do not want to see men in women’s bathrooms, showers, or locker rooms.

Unfortunately, some politicians are a little hard of hearing.

Even though the Texas Bathroom Bill (SB6) had the support of the Lt. Governor and a majority of the voters, it has stalled in the house. House Speaker Joe Straus has said that he opposes the bill and doesn’t think it should be a priority for the legislature.

The truth is that the media drumbeat in favor of transgender rights has left too many politicians afraid to stand up for principle.

It’s time we gave them a wake-up call.

The answer is very simple. We must fight fire with fire and create our own movement in support of the privacy of women and girls.

We’ve already launched a petition, demanding that Speaker Straus give SB 6 a referral, a fair hearing, and a vote.

But we also want to fill social media with our demand and make it clear that the silent majority is getting tired of being ignored.

You can help by tweeting Speaker Straus and demanding that he make the bathroom bill a priority. Just click here and use our automated system to make your voice (and tweet) heard!

As we’ve said time and again — it doesn’t matter what political party someone belongs to. It only matters that they’re willing to defend our Christian rights. Those who are too easily swayed by the media and the LGBT Left will have to learn. We’re ready to take back our country. And if they don’t change their priorities to reflect our wishes, we’ll just need to find someone who will.